Dancing at the crossroads Co Galway, circa 1891.

The cover of one of a series of 8 books on the History of Irish Dancing written by Doctor Sean (John ) Cullinane ADCRG, of Cork, Ireland

There are few references to the early history of Irish dancing, as the Vikings destroyed many of the records of the 7th and 8th century, but it is believed that the early Druids used dance in their pagan rituals. Following the arrival of the Celts from central Europe over 2000 years ago dance again features prominently in celebrations. When Ireland converted to Christianity in about 400AD music and dance became more common and there are literary references to circle dances, formation dancers in two straight lines, dancers welcoming Royalty, and singing and dancing to music played on the harp or the bagpipes. Aristocrats and peasants alike joined in the dance, which also featured at wakes.

During the time of the oppression of the Irish dancing was totally banned in a move to remove Irish culture from their lives. It also included sport, language, music and song.

Around 1750 the arrival of the Irish Dance Master heralded a formal acknowledgement of Irish dance. The Master would travel from village to village, dressed in brightly coloured clothes and carrying a staff. It was a great honour to have a Dance Master in your midst.  One story is of the young dancers who did not know their right foot from their left foot, so the Dance Master would tie straw to one foot and hay to the other to differentiate which foot was which. Solo dancers were very well respected as were the musicians who travelled the countryside accompanying the dancers. Group dancers were taught to give those less gifted in the skill of Irish dance an opportunity to participate and enjoy dance.

A very rich heritage of Irish Dance developed and many villages had their own versions of the same dance. The clothing worn was based on the peasant style of clothing of the day.  During this time the Dancing Masters would demonstrate their prowess as a dancer at fairs and gatherings. There would be little room for them to perform, so they would dance on tabletops, a door laid on the floor, or even on top of a barrel. Because of this the dance was very rigid with arms firmly by the side and the excitement of the dance all came from the noise of the beating of the feet.

The dancing traditions of Ireland are closely linked to traditional Irish dance music, and one complements the other. 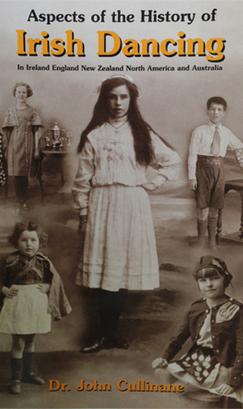